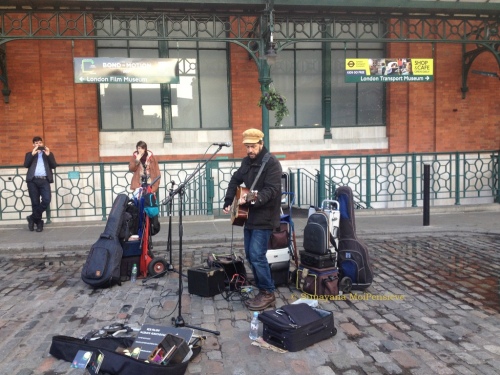 Just shy of his forty-fifth birthday, Dave’s colleagues were shocked when he gave his two weeks’ notice.  His twin daughters were perplexed when their father announced they’d be solely responsible for financing their senior year of college.  He simply shrugged when his wife asked why the mortgage was in arrears.

Dave offered no response as he loaded up his old pick-up truck.  He drove west, headed to Nashville, chasing his dream.  When both rear tires went flat, Dave grabbed as much as his arms could carry and hitchhiked the rest of the way.  Broke and alone, Dave deposited his belongings on a street corner and pulled out his guitar.

“It’s now or never,” Dave whispered to himself as he began to play, hoping to someday be discovered.

This is my offering for the 107th Challenge of Flash Fiction for Aspiring Authors hosted by Priceless Joy.  Many thanks to Sunayana MoiPensieve for this week’s prompt.

Writing women’s fiction to steamy romance with some paranormal thrown in.